Susanne
Bard to the Bone. Copyright Susanne Bard, except where noted. Use is by written permission only.

Hello all, and welcome to the 461st Bombardment Group, Toretta, Italy, through the letters of my grandfather Col. Philip Robert "Spike" Hawes during 1943 and 1944 when he was deputy CO (under Col. Glantzberg) and then CO of 5,000 men. His primary missions were to pilot planes that bombed oil refineries in Nazi occupied territory. He was also unofficial morale officer. 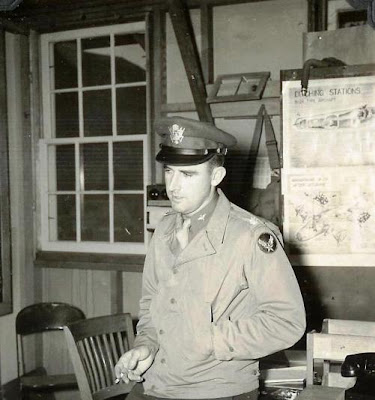 For the history of the missions, I refer you to Hughes Glantzberg's collection of mission records from his father, Col. Glantzberg:
http://www.amazon.com/Al-Ataque-Hughes-Glantzberg/dp/0595415725

I will be adding every letter he wrote to my grandmother Jean Elizabeth Hermes Hawes, and his diary documenting his flight from Florida to Brazil to West Africa to Morocco to Italy as I scan them. A note on dates: I am post-dating every entry 64 years into the future in order to preserve the original order of the diary and letters and give you a sense of when everything was happening (1943-1944 are not options on Blogger).

If you were a member of the 461st Bombardment Group, or were stationed at Toretta, or are a family member of one of the service men or women there, please write to me! I would love to hear from you.

I hope you enjoy his observations of a world turned on its head, and his unswerving humor through both tragedy and triumph.

I never met my grandfather. He died at the age of 44 when his plane from Texas to Alabama ran out of fuel due to a storm. He and his co-pilot bailed out, but they were only 1,000 feet from the ground

I lost my mother last year to cancer, and this is the greatest legacy I ever could have asked for.

In 1952-53 he and my grandmother fulfilled a dream of travel when he was named Air Attache to the Soviet Union. He worked with George Kennan and saw several U.S. Ambassadors come and go. My mother and her two brothers were sent to Chalet Flora in Gstaad, Switzerland, where they hiked and skied every day. If anyone has contact information for Grey Ruthven, 2nd Earl of Gowrie (known as Grey Gowrie), I have reason to believe he roomed with my two uncles, and I have many questions for him. Please email me! 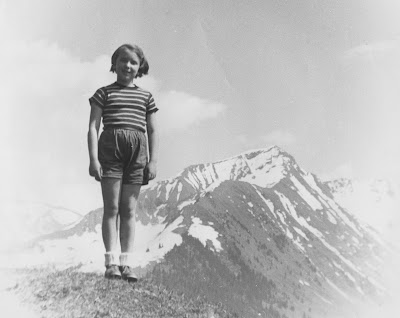 When I have a chance, I will add my grandparent's letters and extensive photographs from Stalinist Moscow and their travels around the Societ Union and to Odessa at a time when few Americans netured to that part of the world. They were always shadowed by the KGB, which my grandmother took as a big complement. Unimportant people aren't a threat to communism :) My grandfather was the sole U.S. representative at Stalin's funeral, according to the Howitzer (West Point) memorial about his life. 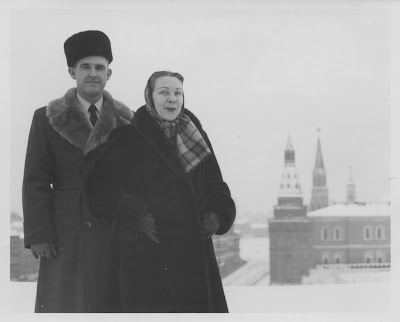 The Glantzberg book refers to the mysterious crash landing in London. The crew was grounded there for a fortnight.

My grandfather takes every opportunity in his letters to get fresh with my grandmother "my darling fluffy hair". The forties weren't so prudish, after all. I inherited the fluffy hair. Notice how he got to censor all his own letters!

"Duke" was my great uncle, Philip's brother Howard Hawes. He was in the diplomatic corps much longer than my grandfather. He never had any children, and he cut us out of the will after my brother messed up his pool. I never quite understood that one, but they weren't used to kids, plus he probably thought we were a pack of barbarians, which may have been partly true. Too bad. I should see if we were really cut out of the will, or if there's any record in the state of Florida of unclaimed inheritance...:)

Click on the image to see a larger view of the letter. 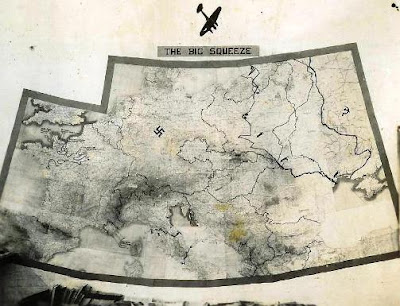 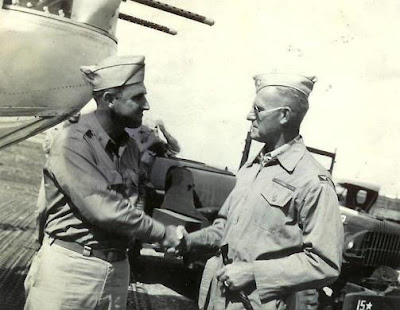 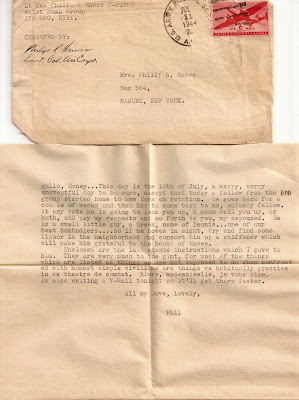 Posted by Susanne at 9:18 PM No comments: 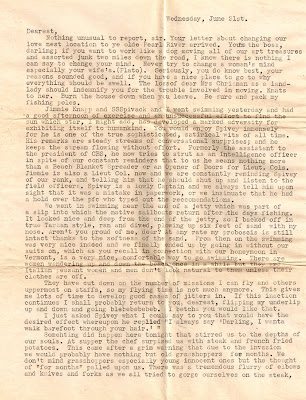 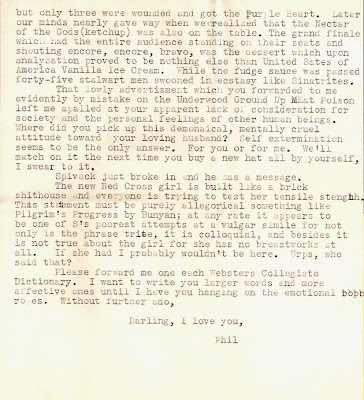 Posted by Susanne at 9:49 PM No comments: 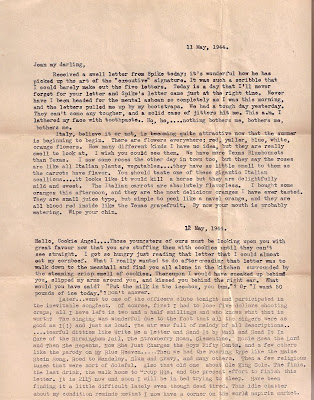 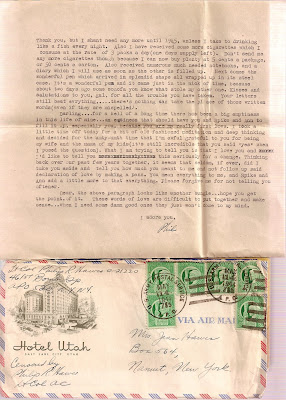 Posted by Susanne at 9:56 PM No comments: